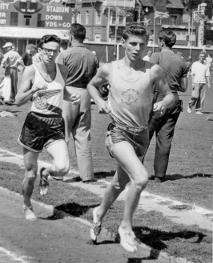 Ron was avid runner in his youth and was a member of the Toronto Olympic Running Club. He also ran in many marathons in Canada and United States, including running in the Boston Marathon 3 times.

Ron Moeser was instrumental in saving the Rouge Valley system when he formed the Coalition of Scarborough Community Associations (COSCA) for the preservation of the Rouge, and worked side by side with the Save The Rouge Valley System and their President at the time Glenn DeBaeremaeker. This work launched both of their careers as city councillors. 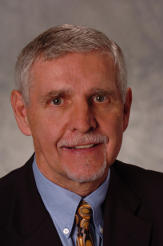 As a councillor, Ron Moeser worked to put in the waterfront trail connecting the Rouge Beach to Highland Creek via the lakeshore. He also established the Port Union Waterfront Festival which introduced the first waterfront run to this area. When the waterfront trail was extended East to the Rouge Park beach, this allowed runs to stick to the lakefront for almost their entire length.

Also as a councillor, Ron Moeser sponsored the West Rouge Fun Run from its inception until his untimely death. Because the run would not even have been possible without Ron Moeser's work, in 2017 the West Rouge Sports and Recreation Association board voted unamimously to rename it the Ron Moeser Memorial Fun Run.